Who Took the Money displayed a powerful closing kick as he rallied from far back to win the $100,000 Gold Cup Stakes at Delta Downs by over seven lengths on Saturday, 8 October.

It was the second straight Stakes win for the consistent Street Boss gelding, who has won four Stakes so far in his career. The four-year-old chestnut has now won eight of 12 career starts.

Allowed to settle near the rear of the nine-horse field early by jockey DeShawn Parker, Who Took the Money continued to be unhurried while racing well off the pace into the backstretch. The chestnut gelding began to pick up the tempo along the outside racing into the far turn before swinging six-wide into the upper stretch for a clear final charge. The gelding then hit another gear and took command, drawing off through the stretch to win going away.

Bred in Louisiana by his owner Allied Racing Stable LLC, Who Took the Money is one of three winning runners out of Speights’ Colony, by Speightstown. The gelding hails from the female family of multiple Stakes winner Ms. Aerosmith and Graded Stakes winner Illiquidity. 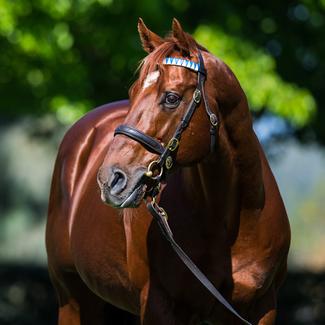