Home Brew improved his record to three wins in five starts and earned his first Stakes victory when posting a one-and-three-quarter length win in the Listed Oaklawn Stakes at Oaklawn Park on Saturday, 23 April.

The three-year-old Street Sense colt, who races as a homebred for Gary and Mary West, also guaranteed himself a spot in the starting gate for the G1 Preakness on 21 May with the victory.

Making his first start since an off-the-board finish in the Listed Smarty Jones Stakes in January, Home Brew was settled into a stalking position, just behind the leading pair of Kuchar and Happy Boy Rocket, through the early stages of the race. Home Brew made his move on the far turn, moving up to challenge the leaders while racing three-wide. The colt then opened a slight lead with a furlong to go, and despite racing a bit greenly in the stretch was able to put away both Kuchar and Happy Boy Rocket to earn the victory.

Home Brew was bred in Kentucky and is out of the winning Tapit mare, Omnitap. He is a full brother to Air Strike, winner of the G2 Triple Bend Stakes and hails from the family of G1 winner Gunite (G1 Hopeful) and the multiple Stakes winners Simplify, Classify, Classic Olympio and Optionality.

In addition to Home Brew, Street Sense is represented by the exciting Speaker’s Corner, undefeated in three starts this year (all in Graded Stakes). His most recent victory was a dominating five-length win in the G1 Carter Handicap on 9 April. Street Sense is also the sire of Heaven Street, winner of the Listed Columbia Stakes and Whelen Springs, winner of Oaklawn’s Rainbow Stakes.

Street Sense is standing the 2022 breeding season at Jonabell Farm for $75,000, stands and nurses. 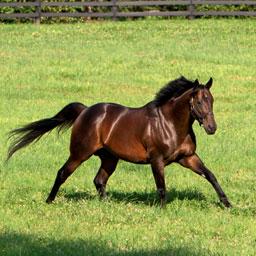