An April-foaled bay colt by Street Cry out of the Tabasco Cat mare Sage Cat became the top lot at Fasig-Tipton’s selected two-year-olds in training sale at Calder Racetrack in Miami on 26 February.

A $425,000 yearling, the colt is a half-brother to recent Choucroute Handicap winner Elliecat and Cleide de Silva, a seven-furlong winner in the UK for trainer Jeremy Noseda. He was consigned by David Scanlon and purchased by John Ferguson.

Elusive Quality had all three juveniles offered sell for an average of $400,000, with the best-priced lot being hip 129, a filly from multiple Graded Stakes winner Xtra Heat.

Two E Dubai colts made $325,000 and $250,000 respectively. The former was bought by Zayat Stables and is out of Dayjur mare Golden Envoy, dam of Stakes winner Plata.

A Cherokee Run half-sister to Hokkaido Sprint Cup winner Divine Silver, who has won ten races in Japan, is on her way to Repoli Stables after making $220,000.

Darley announces 2020 fees for its US stallions 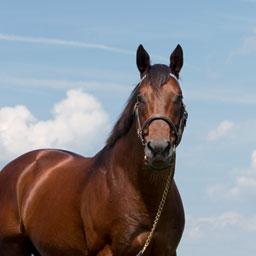