The horse with the Mid’as touch

The just-completed yearlings sales further exemplify why Medaglia d'Oro is one of the outstanding sires of the day. Four more of his progeny reached the seven-figure mark bringing his tally over the last three years to 16. No other sire in North America has more during that time frame.

Fast forward to the first week of the November breeding stock sales at Fasig-Tipton and Keeneland and you are seeing similar results for the sire of 25 career G1 winners. As of this writing - through Thursday of sales week - Medaglia d'Oro's cumulative 2019 covering sire average sits at $978,000 with only Quality Road posting a higher number.

Fasig-Tipton
$1.8 million: Baffled, the dam of G1W and second-leading freshman sire Constitution, was purchased by the Don Alberto Corporation and was consigned by Denali Stud, Agent

$2 million: Wonder Gadot, winner of the Queen's Plate and the Prince of Wales's Stakes, was purchased by K. I. Farm and was consigned by Bluewater Sales, Agent

Keeneland
$2 million: Callback, by Street Sense and winner of the G1 Las Virgenes, was purchased by Katsumi Yoshida and was consigned by Hill 'n' Dale Sales Agency, Agent 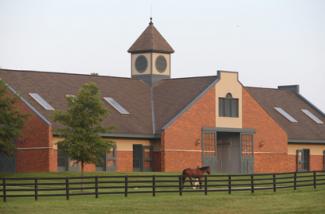