Medaglia d’Oro’s brilliant son Golden Sixty got back to winning ways on Sunday, 3 April when striking in the G2 Chairman’s Trophy. Run over a mile at Sha Tin, he was always cruising in the fast-run contest, eventually running out the easy two-length winner.

Champion Golden Sixty has now won 20 of his 23 career triumphs including 11 at Group level with five coming in the highest grade.

Golden Sixty was bred in Australia and is out of Gaudeamus, an Irish Group 2 winner by Distorted Humor. Golden Sixty is one of the mare’s six winners from her eight foals to race.

Medaglia d’Oro has sired 86 Group/Graded winners including 26 that have won at G1 level. They include some of the most recognisable in racing: Rachel Alexandra, Songbird, Talismanic and young up-and-coming stallion Astern. 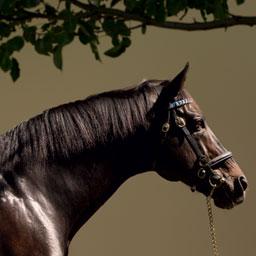