Son of Frosted pulls away in the stretch to win comfortably

Frosted Over took the lead at the top of the stretch and pulled away through the final furlong to win the G3 Ontario Derby by three-and-three-quarter lengths at Woodbine on Sunday, 31 October.

It was the first Graded Stakes win for the three-year-old son of Frosted, who had finished a troubled fourth in the G3 Marine Stakes in his only prior Stakes attempt.

Frosted Over sat just off the pace in second as rival Swot Analysis led the field through the early stages of the nine-furlong contest. As the field entered the far turn, Frosted Over ranged alongside the longtime leader before putting away that rival at the top of the stretch. The bay colt began to draw off through the final furlong, crossing the wire an easy winner. Riptide Rock got up for second, with Artie’s Storm closing late to take third.

In addition to the Ontario Derby victor, Frosted is also the sire of Travel Column, winner of the G2 Fair Grounds Oaks and Cave Hill, winner of the Rushaway Stakes. Additional North American Stakes winners include Yukio, Inject and You Look Cold. In Australia, Frosted is represented by 2021 Graded Stakes winners Ingratiating (G3 Vain Stakes) and Cloudy (G3 Breeders’ Stakes). 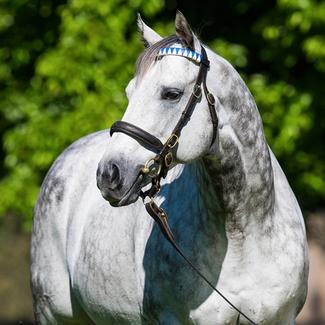