Maxfield, Darley America’s second year stallion and a multiple G1 winner of the Breeders’ Futurity and Clark Handicap, was represented by his first foal on January 7th at Town & Country Farms in Georgetown, Kentucky, owned by Kiki Courtelis.

Bred by Town & Country, the bay filly is out of the Stakes-winning, G3-placed mare Dreamalildreamofu.

Town & Country’s CEO Shannon Potter said this about the newborn, “We are very happy with our Maxfield foal.  She is a pretty filly with all the nice angles you'd expect.  She already has class and presence.”

Maxfield won his second start in the Breeders’ Futurity and his last start in the Clark. In between he won four more Graded races, including the G2 Alysheba and the G2 Stephen Foster. He also notched G1-seconds in the Woodward and Whitney. Never off the board in 11 career starts, he retired with lifetime earnings of over $2 million. His 2023 fee remains at $40,000, live foal, stands and nurses.

Bay filly out of Dreamalildreamofu

Maxfield closes out career in style with victory in G1 Clark 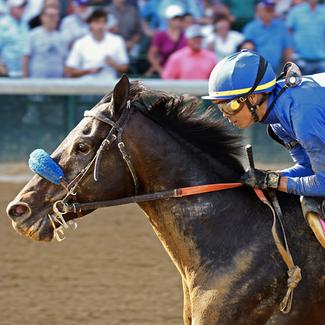